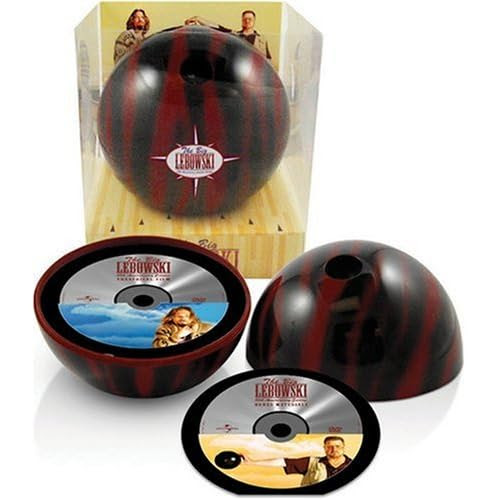 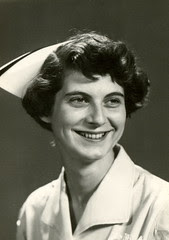 Mother
Originally uploaded by flutecake
Here's a photo of my mother that we used for the funeral program.
Posted by Jan Crumpley at 8/17/2008 02:39:00 PM No comments:

Its all in your HEAD. Learn to just FEEL BETTER.

Bloomsday is a secular holiday, celebrated annually on June 16. The day both celebrates the life of the Irish writer James Joyce and commemorates the fictitious events in his novel, Ulysses, all of which took place on a single day in Dublin.

I reposted this from my original on this date in 2004.

Link Between Cellphones and Cancer ???

But researchers who have raised concerns say that just because science can’t explain the mechanism doesn’t mean one doesn’t exist. Concerns have focused on the heat generated by cellphones and the fact that the radio frequencies are absorbed mostly by the head and neck. In recent studies that suggest a risk, the tumors tend to occur on the same side of the head where the patient typically holds the phone.

Like most research on the subject, the studies are observational, showing only an association between cellphone use and cancer, not a causal relationship. The most important of these studies is called Interphone, a vast research effort in 13 countries, including Canada, Israel and several in Europe.

I bought one of these types of earpieces, with an air tube.

It isn't bad sounding but it will take some getting used to. I also use the speaker phone more.

Bobby Kennedy, Jr. interviews Dr. George Carlo, Public Health Scientist, on Ring of Fire, you can see this on GoLeft.tv, search for


Look at the info, decide if you still love your bluetooth headset.  I think I have a headache behind my eye, now.  Ow.
Blogged with the Flock Browser
Posted by Jan Crumpley at 6/14/2008 12:47:00 AM No comments:

Master of the Celtic harp

Wesley professor taught himself how to play this rare musical instrument

DOVER -- Mike Nielsen's fingers caress the strings of his harp, and the instrument's bright tones soar over the audience gathered on The Green to hear him and his band Celtic Harvest play Irish and Scottish music.

The song ends, and applause ripples through the air. Nielsen and his band mates pause, make some adjustments to their instruments, and launch into another song. Once again his fingers dance over the strings of his harp, and its notes fill the air.

Nielsen, 57, is a musical anomaly. Not many people in Delaware play the harp, and fewer play the smaller Celtic harp that is Nielsen's instrument of choice. As a result, he's in demand for weddings and other formal occasions.

By day, Nielsen is a professor who teaches media at Wesley College. He did not grow up with a desire to play the harp. He discovered his unlikely interest in the instrument by accident while visiting Maine.

"About 14 years ago I was up in Maine in a little town called Bar Harbor," Nielsen said. "There was a Celtic music shop there, and I went in just to see what they had."

While browsing through the shop's aisles, he wound up standing in front of a display of Celtic harps. He ran his fingers over the strings and something amazing happened.

"All I really did was touch one of them, and it made music," said Nielsen, who described himself as a guitar-playing closet musician back in those days.

"It was pretty remarkable."

He didn't buy a harp, but he told his wife Betsy about the experience -- over and over.

"I guess she got tired of hearing me talk about it so she egged me on by saying 'why don't you get one?' Eventually I did, and it sort of went from there," Nielsen said.

Nielsen, who also plays the guitar, is self-taught. He took some lessons from Kathy DeAngelo, a Celtic harper from Voorhees, N.J., whose credits include a couple of well-reviewed albums and a stint as musical director for the New Jersey Folk Festival. She taught him the basics, but the rest he learned on his own.

"He's just a natural musician," said Betsy Nielsen, an English professor at Delaware State University. "He's always played music, ever since I've known him, and he also has a wonderful singing voice. Even though he doesn't read music, he has this natural ability to just hear something and incorporate it into his music."

Nielsen's entry into the world of professional musicians was as much of an accident as his discovery of the Celtic harp. He and his wife were active members of the Dover Art League for years, and members asked him to play at one of its events.

"We were very active in the league at the time, and they were having an open house and invited me to come and play," Nielsen said. "I did, and I guess people liked what they heard. Someone who was there that night and heard me later hired me to play at a private party, and that's how it started."

His musical career, combined with teaching, keeps him busy. His wife she doesn't mind.

"Most people wouldn't consider it a hardship, listening to harp music," she said. "He's really easy to live with."

The Celtic harp is different from instruments used in orchestral arrangements. It is smaller and has a different sound than its larger musical cousin.

"The Celtic harp has lighter strings than a concert pedal harp, so it's a little easier to play in that respect. The pedal harp that you see in an orchestra requires a lot of force and a lot of leverage to play it properly. It also has a deeper, more resonant sound. The Celtic harp has a brighter sound," Nielsen said.

That brighter sound strikes a chord with those enjoying the Celtic sounds in Dover.

Sitting in a lawn chair not far from the makeshift bandstand at the Green, Ardythe Simmons tapped her foot gently on the grass in time with the music, while listening to Nielsen's unusual harp.

"This is really nice," she said. "It almost makes you think you're in Ireland." 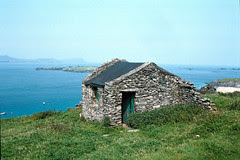 Could I do this here?

Okay, let's give this a whirl, this part won't count. 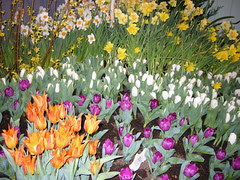 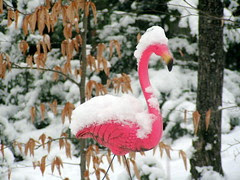 This race has really been hard on me, like a lot of people. After 7 years of dubya and the real evil-doers (otherwise known as the Bush Crime Family), you'd think the damn Democrats would skip into their future happy as a lark.

As we see the evil influence of the new political atmosphere infect the Democrats, I've watched as three superior candidates were swept aside by this political machine and we are left with these two, who were NEVER on my short list of choices for President.

As time goes by, I think we are starting to see the old mean DLC people ruin it for some and Obama seems to in a bit better shape to lead.

Take a look at this and see if you might be persuaded. People very close to me are Hillary supporters. This makes life hard, doesn't it?? 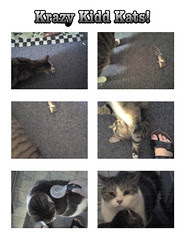 But we removed the evidence, so my friend won't have to faint dead away when she returns!

This is Gwenhwyfar & Tulane, the top 4 frames are Gwenhwyfar and the bottom 2, with a semi-friendly sniff from the other, is Tulane, the cutest fat cat in town. He loves any brushing, at all!

They got praise for their mousing, without shreiks or tears!!! They like us to do cat duty, I think!